Blog - Latest News
You are here: Home1 / Publications2 / In The Press3 / Railways In Shambles: Here’s How To Fix It 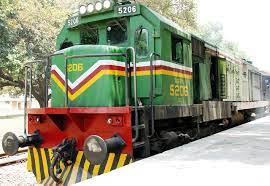 The history of Pakistan Railways is a tale of bad governance, poor policies, mismanagement and political interference. This state of affairs has caused a dysfunctional railway system and loss of billions of rupees in the past few decades.

In the post-independence 1950s, Pakistan Railways was in extremely bad shape, due to the supply side inefficiencies which impaired repairing of the track and rolling stock. However, improved management revived the railway and made it functional for the next three decades.

Globally, railways have lost to the roads.  After World War II, passenger and freight traffic grew faster on roads than on rails. Pakistan was not immune to this trend. In our country, railways were overtaken as the preferred mode of transportation after the Second Five Year Plan from 1960-65. The government’s transport policy at the time favoured roads and cars, and consequently, Pakistan Railways received low investment.

Between 1955 and 60, Pakistan had 62,000 kilometres of road, compared with the 264,000km of roads in the country today.  On the other hand, the Pakistan Railways inherited 8,863km of track after independence in 1947, which today has been reduced to approximately 7,670km of track. Furthermore, globally, transport policies today tend to favour railways over roads due to rising oil prices and the environment benefits of railways.

The organization recorded its all-time worst performance between 2011 and 2013, when operating expenses rose to 196 per cent of total revenue, and the enterprise turned into a loss-making state-owned enterprise

In 1997 and 2008, Pakistan Railways tried failed experiments to restructure and privatize, under the influence of donors, mainly IMF and the World Bank. One result of these initiatives was the reduction of employees: As a result, the enterprise reduced its employees by almost half from 137,730 employees in 1970-80 to 67,627 employees.

The organization recorded its all-time worst performance between 2011 and 2013, when operating expenses rose to 196 per cent of total revenue, and the enterprise turned into a loss-making state-owned enterprise (SOE). By way of example, in 1950-55, when the railway turned a profit, operating expenses were 67 per cent of total revenue. In the past three years, Pakistan Railways has suffered total losses of Rs. 1.19 trillion.

These losses have aroused a variety of governance questions. Who should run the railway? Civil servants? Professional managers? An autonomous board? Or, should we privatize the railway? Perhaps a public-private partnership?

Pakistan Railways needs investment to improve its rolling stock because repair and maintenance costs are increasing every year and the route track is in poor condition.

Pakistan Railways needs investment to improve its rolling stock because repair and maintenance costs are increasing every year and the route track is in poor condition. With more investment, the enterprise could improve the quality of route track and as a result, improve the product efficiency of Pakistan Railways. The repair and maintenance cost would be reduced to the normal condition. Mismanagement and political interference in policy formulation has resulted in this inefficiency.

The study also suggested the following policy recommendation be adopted by the government to improve the performance of Pakistan Railways.  Firstly, the government should refine its policy of increasing passengers’ trains and reducing the freight trains. Secondly, Pakistan Railways needs investment to improve its track and rolling stock to control the huge costs of repair and maintenance. Due to its environmental benefits, railway should be the preferred means of public transportation in the cities as well. Lastly, Pakistan Railways should be autonomous in its decision-making. Political interference in the past has only led to mismanagement and inefficiency.

Note: The article is originally published in The Friday Times, Naya Daur. 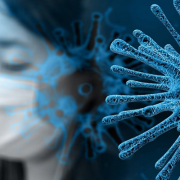 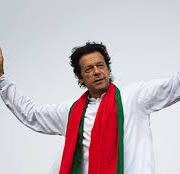