Abdul Ghaffar Khan (Bacha Khan or Badshah Khan) is the renowned leader of Pashtoons. To uplift the Pashtoon society Bacha Khan consulted social workers and intelligentsia to eradicate all social evils from Pashtoon society. Jointly, they struggled to stop the blood feuds, preventions of crimes and use of intoxicants.

In the year 1921, Bacha Khan founded an organization ‘Society for the Reform of Afghans’ (Anjuman e Islah ul Afghania) for economic, social and educational reforms. The aims and objectives of (Anjuman e Islah ul Afghani) includes: to eradicate social evils, promotion of unity amongst Pashtoons, prevention of lavish spending on social events and encouragement to the Pashtu language and literature.

Moreover, one of the first step was to educate Pashtoons. In April 1921, one of the first branch of Azad Islamia Madrassa was opened in Utmanzai and was followed later with other branches in other parts of Peshawar. This proved to be the popular institutions with increasing number of students in it. Bacha Khan volunteered his services to spread knowledge and educate people along with intelligentsia of the time. Moreover, they emphasized on creating awareness about modern education and the revival of Pashtu language among Pashtoons.

Furthermore, to encourage the Pashtoon poets and revive the Pashto language and promote Pashtun culture. Poetic contests were regularly arranged at Anjuman’s annual meetings. There were large number of Pashtoon poets who contributed there services in the development of  Pashto literature which includes: Fazal Mehmood Mukhfi, Abdul Akbar Khan, Abdul Khalaq Khaleeq and the great Abdul Ghani Khan.

Initially, the ‘Anjuman’ was a social reform movement but later it became a political movement. It criticized that British Rule is the root cause of poverty, backwardness and illiteracy. The Pashtoon were urged to unite against alien rule and jointly struggle against the social evil to end the blood feud and move to the life of prosperity and happiness.

With the growing literacy rate and the unity among Pashtoons had a strong political influence over British Raj. Bacha Khan started another Non-Violent and peaceful opposition to the British Colonialism in the North West Frontier Region of the sub-continent with the name “Khudai Khitmadgar” (Servants of God) Movement in the year 1929. The ‘Khudai Khidmatghar’ movement became very popular in the NWFP and was considered is a strong opposition for British Raj.

The Pashtoon community are notoriously violent in Indian historiography, but the two decades of Khudai Khidmatghar witnessed to be non-violent and peaceful groups of Pashtoons enlighten the ideology of Bacha Khan.

Khan Abdul Ghaffar Khan didn’t find any difference between Islam and Non-Violence. He would argue that non-violence is rooted in the core of Islam and Islam is a religion of peace.

“The Holy Prophet Mohammed came into this world and taught us ‘That man is a Muslim who never hurts anyone by word or deed, but who works for the benefit and happiness of God’s creatures.’ Belief in God is to love one’s fellow men.” – Khan Abdul Ghaffar Khan

“There is nothing surprising in a Muslim or a Pathan like me subscribing to the creed of nonviolence. It is not a new creed. It was followed fourteen hundred years ago by the Prophet all the time he was in Mecca.” – Khan Abdul Ghaffar Khan

The “Khudai Khidmatghar” movement was the revival of Pashtoons culture and its distinct identity. For some it was the movement of political reforms in the province that could give them better governance role. For many poor class it was against the economic oppressor of the British Raj and a pathway towards prosperity and happiness.

The movement didn’t necessary composed of Muslim participants but a good number of believers from other sects were also members of the movement.

Bacha Khan started to transform the people of the movement with the new manifestation of Pakhtunwali-Code of conduct of Pathans community by opposing one of the important aspect of Pashtoonwali: ‘Badal’ and preaching to practice it. He set a pre-requisite for joining Khudai Khidmatghar movement as no dispute with anyone: complete resolution of disputes with feuds.

There were two wings of the movement: Military wing-an unarmed army trained in separate camps for non-violent protests across the province, and Civil wing-responsible for the publication of ‘Pakhtun’ journal, managing volunteer services.

The “Khudai Khidmatghar” was constructed in a well-organized manner with both democratic council (Jirga), and a hierarchal military wing that resisted British Raj with adopting non-violent strategy. Bacha Khan instilled the notion of non-violence by cultivating ethics of services and team work, and by moral and religious teachings, and by encouraging the settlements of feuds. Bacha Khan mobilized people in rural areas through religious arguments by highlighting British offence against Islam. In order to disapprove the stereotype of considering Pathans is innately violent, and to show that they were capable of discipline.  “Khudai Khidmatghar” would regularly march and drill with drums, bugles and bands to express the gratitude of a being non-violent and united community. This played a dividend role in the heat of confrontation with the British. The drill was a symbolic demonstration of fearlessness and strength of will.

The civil-wing of  “Khudai Khidmatghar” had tremendously contributed in the awareness of masses and by constantly publishing the journal “Pakhtun” on a wide verity of articles of subjects highlighted atrocities of the British Imperialism along other pressing issues. The journal was literary, political, educational and reformist in essence with both prose and poetry in style. Women along men participated in “Khudai Khidmatghar” movement not only in protest but also with the power of pen. Most of them would use pen-names while writing to Pakhtun journal which was because of the fact that in Pashtoon traditions, women names are as scared as women their-selves.

The aim of the journal Pakhtun was to raise the understandings of the audience before instill in argue to protest against British Raj. It was targeting not only the people of frontier or sub-continent but it was to the Pashto speaking community across the globe. The journal was extremely popular across the whole region with its beautiful words and has inspired people and leaders in Afghanistan.

The journal was talking on pressing issues of the time which included but or not limited to: Women Empowerment, Girls’ Education, Progressive thinking, Oppression of state/Anti-colonial writing, speeches of Bacha Khan, Calls for unity.

For the first time in the history of Pashtoon community, women were able to break the cultural taboo and talk about the oppression at the hands of their elders.

“Except for the Pakhtun, the women have no enemy. He is clever but ardent in suppressing women. Our hands, feet and brains are kept in a state of coma… O Pakhtun, when you demand your freedom, why do you deny it to women?” (Gandhi 75)

“Khudai Khidmatghar” empowered women with the progressive mindset and Pakhtun with a platform to express themselves. They began to talk about girls’ education and equal treatment.

The ideology of Bacha Khan has transformed the Pashtoon society from illiteracy to literacy, education for girls and empowering women. A violent Pashtun was made to be non-violent and peaceful. An evil society of blood feuds, crimes, intoxicant was transformed in a united and strong opposition against British Raj. Culture of weapons was replaced with the power of pen, and people started constantly writing to the journal Pukhtun. Crimes were reduced with education, local council (Jirga) and pre-requisite for joining “Khudai Khidmatghar” movement.

“Khudai Khidmatghar” movement and the power of education with pen. The power of non-violent Pashtoon without weapon. The empowered women side by side with their men. The unite of Pashtoon society across the region and the ideology of the great Bacha Khan had played a dividend role in the British Raj.

I dedicate International Non-Violence Day to the great Khan Abdul Ghaffar Khan (Bacha Khan). He was/is the most non-violent men from a violent tribe.

Note: This is a series of Blogs, categorised in three blogs, remaining two will be published in the upcoming days. This article is based on research articles published in journals. If anybody is interested in the reference materials, I can provide it by writing to me on my email. 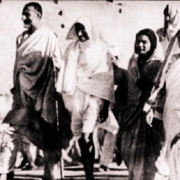 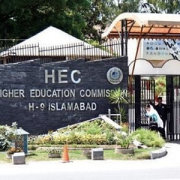 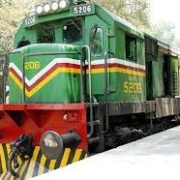 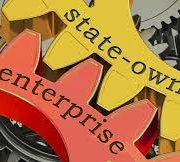